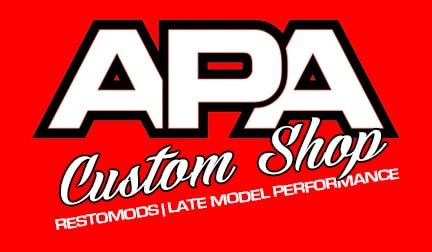 When you need BMW service and repairs, you want a mechanic who is knowledgeable and experienced working with the brand, even if it’s for something as minor as regular maintenance. APA Total Car Care’s auto technicians have years of experience working on luxury vehicles, including all of the BMW models out there, including the M Series performance line.

BMWs, like most German vehicles, require adherence to a strict maintenance schedule. Because even their normal line of vehicles are built with performance in mind, BMW uses high-end fluids, filters, and other maintenance components that their domestic and Asian counterparts may not.

Very specific fluid specifications and oil filters made from fleece instead of paper are common to the German car lines. At APA, we know the needs of these cars and we always use the right fluids and components to make sure your vehicle is maintained properly. As with all other vehicles, BMWs need periodic repairs. Common repairs that we perform at APA Total Car Care include:

Beyond standard repairs and maintenance, the technicians at APA can perform high-level diagnostics on your BMW. We even provide control module programming that normally only the dealership can do.

When your car is in for service, you may hear us refer to it as something like an “E46”. We may do the same when referring to the engine and call it something like an “N55”. These letters and numbers are the way the vehicles and engines are differentiated for technical purposes. We try to keep the technical jargon to a minimum, but here’s a little primer in case you wanted to know more.

To make it easy to understand BMW’s naming convention, break it down into two parts: The body code and the engine code. If you have an even number, such as the 2 Series, 4 Series, or 6 Series, you have a coupe. The sedan line has odd numbers – 3 Series, 5 Series, and 7 Series. The 2 Series is the smallest of the models and is a coupe or a convertible. The 7 Series is a full-size sedan, the 5 Series is a mid-size vehicle, while the 3 Series is a compact sedan.

If you need service or repairs on your BMW, or if you want to add customizations, call us at 480-539-6872 or stop by to schedule an appointment. APA Total Car Care is located at 1730 West Sunrise Boulevard Suite A105 in Gilbert, AZ AND 22325 S Scotland Court Suite 101 in Queen Creek, AZ. We proudly serve Gilbert, AZ, Queen Creek, AZ, Chandler, AZ, Mesa, AZ, and surrounding areas. You can also schedule an appointment via our online scheduling form.